From the inspiring to the tragic, YETI presents ‘This Week in Adventure,’ the top news in the world of exploration and adventure to start your week.

Duluth to Hudson Bay by SUP

A 26-year-old Wisconsin man is currently paddling a standup paddleboard from Duluth, Minnesota, to James Bay in the Arctic Ocean. According to the Duluth News Tribune, Jared Munch will paddle 870 miles in about 40 days. 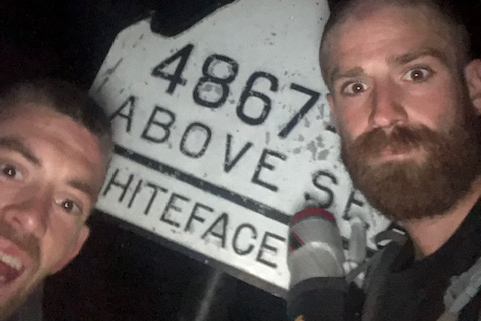 On July 4, Mike Jock and Lukas Wear summited all the highest 46 peaks (most over 4,000 feet) in the Adirondacks, a feat known as the Adirondack 46 High Peaks, in 6 days, 23 hours, 45 minutes. The unsupported effort beat the previous record by more than 14 hours. Jock and Wear of  Team Adventure Portal used the adventure to raise money for the Mount Sinai Dubin Breast Center. So far, they’ve brought in more than $7,000.

While crowds on Mount Everest made mainstream headlines this year, it’s shocking that K2, one of the most dangerous mountains in the world, could also see crowded conditions. But a recent article on Explorer’s Web dives into the possibility of “crowds of rookies on K2.” The report notes there may be as many as 160 climbers on K2 this season. Yikes. Stay tuned!

Lost Hiker Found Alive After Missing for a Week

A 73-year-old man survived for a week in the mountains of Southern California by drinking water from a stream and heating up rocks during the day to keep warm during the night. According to a report, rescuers found Eugene Jo in Angeles National Forest’s Devil’s Canyon on Saturday morning. And while he was recovering in a local hospital, his boots weren’t so fortunate. The ordeal completely destroyed them, with Jo having to tie the soles back on.

El Capitan is the most recognizable big wall in the world. Rock climbers have set speed records up the granite monolith since the 1970s, and Alex Honnold and Tommy Caldwell in 2018 sprinted up the route in 2 hours, 10 minutes, 15 seconds.

But until Wednesday, there wasn’t a standing FKT for the running route up the wall! Well, the non-vertical speed record, set by Jason Hardrath from trailhead to trailhead, now stands at  3 hours, 5 minutes, 25 seconds. Check out the route at Fastest Known Time.

Lucy Kennedy had Sunday’s stage 3 of the Giro d’Italia Internazionale Femminile in the bag. After attacking about 2.5 km from the finish, Kennedy had an 18-second advantage coming into the final kilometer.

But although she still held a significant advantage even 150 meters out, a surging Marianne Vos caught her right at the line, stunning Kennedy as she prematurely celebrated what would have been her first-ever stage win in the Women’s WorldTour. “I thought I had it, my first WorldTour win,” Kennedy said. “But as I raised my fist in the air, Vos came past me. Right on the line. I was absolutely spent.”

A harsh reminder for racers — it ain’t over ’till it’s over!

Carjacked by a Bear?

Lock your doors in bear country! One resident of Boulder County, Colorado, learned that lesson the hard way after a bear opened the unlocked car, “butt-shifted” the car into neutral, and rolled 100 feet down a hill.