For its fifth year running, REI will close its stores, cease processing online payments, and pay all of its 13,000-plus employees to ‘Opt Outside’ for Black Friday. But the company now says it — and its members — need to do more.

It’s no surprise that REI will run its annual #OptOutside campaign this year on Black Friday — as always. But for the first time since launching the movement in 2015, REI acknowledged “it’s not good enough.”

“My job is to steward the co-op, and the outdoors, on your behalf — and on behalf of the generations who follow us. Today, that future is at risk,” REI CEO Eric Artz wrote in the Co-op Journal. “This year, we want to take #OptOutside a step further — both in the ask we’re making of you, our members, and the commitments we’re making ourselves.”

As such, REI announced new commitments to reduce its environmental impact. And it’s asking members to pledge to follow the 52-week Opt to Act plan for the year to come. The reason, Artz said, is to “fight for life outdoors — and life on this planet.” 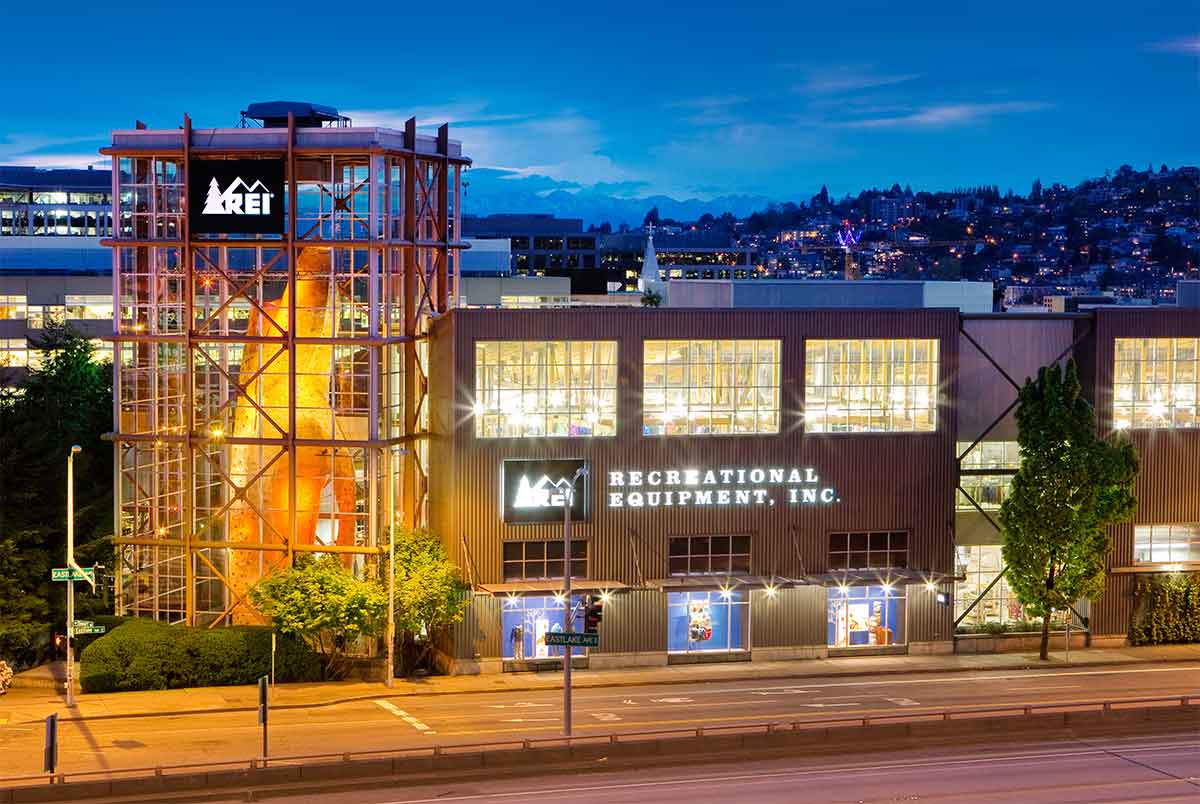 As in years past, all 157 REI stores will close and all payment processing stop as 13,000 employees take the day after Thanksgiving off. But whereas the #OptOutside campaigns of the past 4 years carried a positive “go out and play” message, this year’s event casts a dark shadow: the climate crisis.

“We are in the throes of an environmental crisis that threatens not only the next 81 years of the co-op, but the incredible outdoor places that we love. Climate change is the greatest existential threat facing our co-op,” Artz said. “And we must act now.”

So REI wants to mobilize its members, in conjunction with its employees, to take action throughout the next year. And it also upped its commitments for the year to come — all to turn the tide on climate change. Here’s how. 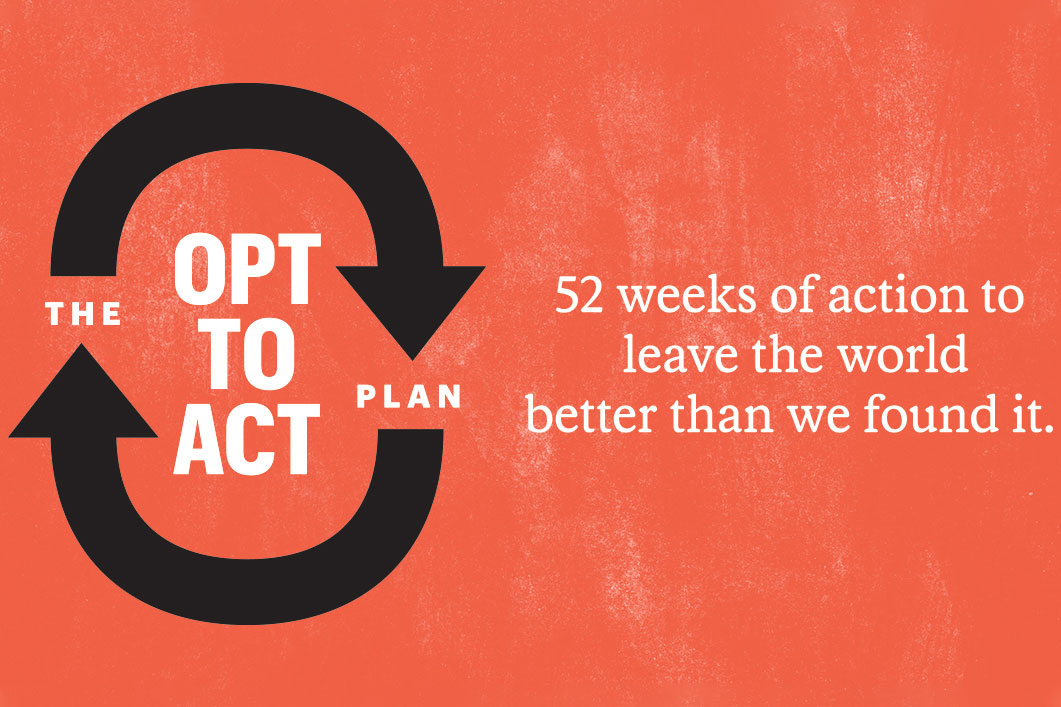 The big push this year from REI is to mobilize its 18 million members to take small actions all year, beginning on Black Friday (November 29). The Opt to Act plan provides resources for members to find local cleanup efforts across the country and commit to simple weekly acts that reduce individuals’ carbon footprint. The idea is that a big collection of small actions can have massive impacts.

In 2020, REI will launch a pilot used-gear trade-in program. It will tap 5,000 of its 18 million members to take part. The concept will encourage members to trade in “gently used items” in exchange for REI gift cards. REI will then sell that gear on its used gear site.

REI also said it will up its gear rental offerings, beginning with seasonal adult and kids’ ski rentals and launching tests of an online gear rental and reservation system in advance of a 2020 rollout.

REI also re-upped its commitment to be a zero-waste company by the end of 2020, which translates to 90 percent of waste diverted from landfills. (It previously pledged to be zero-waste by the beginning of 2020.) But the brand now claims that by the end of 2021, its headquarters in Kent, Washington, as well as all distribution centers and at least 10 retail stores will meet third-party certification as TRUE Zero Waste facilities.

This could prove especially significant, as REI said it will share how it accomplishes this with other retailers. That’s a potentially pivotal move given the brand’s claim that “no U.S. retailer has figured out how to achieve zero-waste operations in all retail stores.” 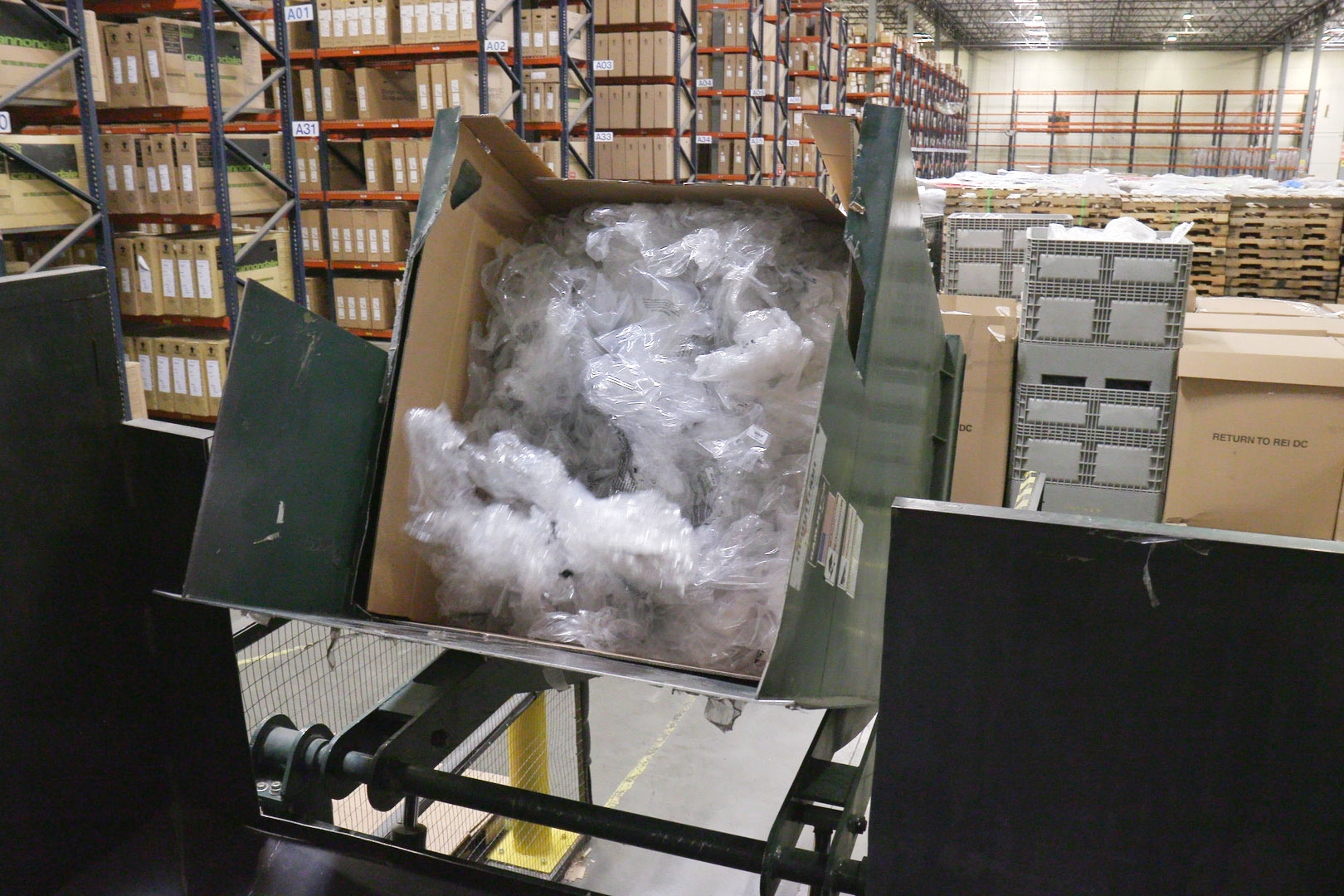 Finally, REI wants 2020 to signal the end of poly packaging. The brand said that those thin plastic bags on apparel and other goods constitute more than 20 percent of its overall waste. That’s part of the roughly 7 tons of thin plastic film REI said it generates each week!

While the brand didn’t say it would manage to completely cut out the poly bags in 2020, it did say members will “see a substantial reduction.” Plus, REI announced it will partner with Subaru to help members recycle other hard-to-recycle waste like snack wrappers, bike tires/tubes, yoga mats, and tents.

To learn more, check out the Opt to Act page and read Eric Artz’s open letter on this year’s #OptOustide campaign.

at October 23, 2019
Email ThisBlogThis!Share to TwitterShare to FacebookShare to Pinterest
Labels: GearJunkie