Vargo Titanium recently released its first knife with a sintered titanium-ceramic blade. It’s unlike anything we’ve ever tried. We put the Sobata to the test.

Vargo makes some incredible claims with its latest knife, the Sobata 398. Namely, its industrial testing claims that it holds an edge five times longer than hardened steel. In the knife world, this claim is beyond bold. Knifemakers the world over strive for better and longer-lasting materials every day.

How did a brand known for its titanium cookware come up with metallurgy to beat the best knife brands in the world? 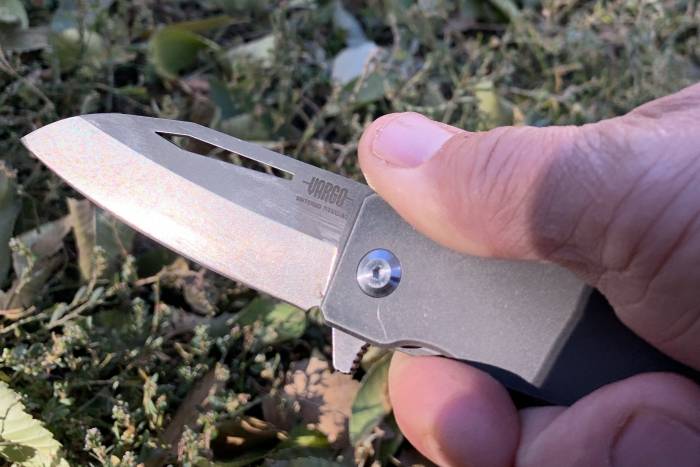 Well, after a couple of months of use, I have some thoughts on the new knife. It’s a good performer, but the “sharp five times longer” claim comes with a large asterisk.

In short: The Sobata 398 is a great everyday carry knife or light knife for hikers. Its blade cuts well for a very long time between sharpening but works differently than most knives on the market. On the plus side, it’s very light, a pleasure to open and close with a great flipping action, and well-manufactured. On the downside, it’s very expensive.

How It Works: Vargo Titanium Sobata 398

Sintered titanium-ceramic alloy. Say that five times fast (I did to make the video below). It’s a unique substance found mostly in racecar brake pads. Vargo deploys it as its blade material in the Sobata 398. And it’s what makes the Sobata unique.

To simplify a complicated alloy, imagine the knife blade of the Sobata as a blend of titanium and ceramic. Through the sintering process, the two materials blend together at a microscopic level. But each material retains its own properties.

Thus, the relatively soft titanium metal is speckled with very hard ceramic material. The result is essentially a blade that cuts somewhat like a serrated blade at a microscopic level. Where the ceramic imbues hardness, the titanium keeps weight down and provides overall strength.

Even though you can’t see the variations in the smooth blade, the harder ceramic crystals wear slower than the softer titanium. As you pull the blade across a surface to be cut, the ceramic resists wear and creates an abrasive cutting edge.

But is it any good?

Using the Sobata 398, for me, was a little puzzling at first. The knife doesn’t feel that sharp even out of the box. The edge is not particularly keen. But when I took my first slices through cardboard and apples and meat, it was like through butter. 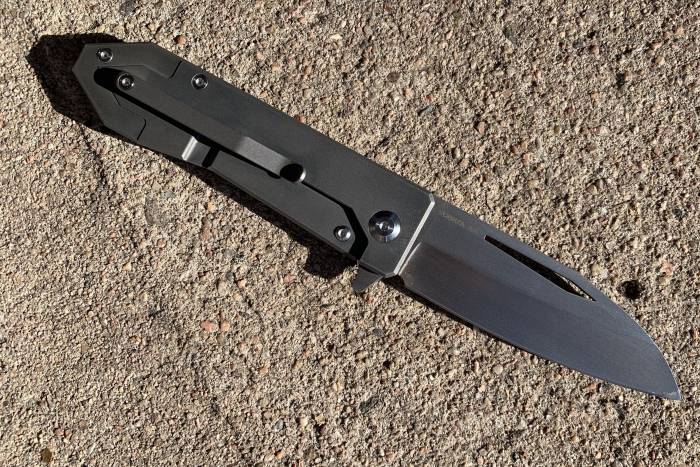 And for a few months now, I’ve used the knife over and over, constantly puzzling over its effectiveness. Even though I know how it works, it still seems counterintuitive. The sintered blade cuts like a champ even though, by all traditional measures, I’d consider it dull.

But the proof is in the cut. Having abused the blade over and again, I’m impressed. It’s worth noting that I beat it up so badly that I had to reprofile the blade, which was pretty easy given the soft nature of the titanium.

The knife is easy to resharpen using most any sharpening tools.

So, outside of the very unique blade material, the Sobata is a very nice, light EDC knife. With a blasted titanium handle and flipper tab on the modified sheepsfoot blade, the entire package has a somewhat industrial look. But the entire knife weighs just 2.3 ounces (65 g). This is nearly weightless in the hand, making for a wonderful cutting experience.

Given the low weight and excellent pivot, it’s also a heck of a fun fidget tool, snapping open and closing easily one-handed with the framelock design. 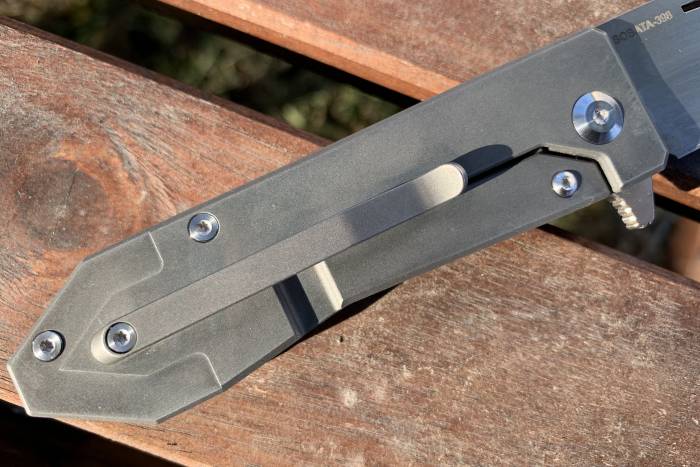 The strong titanium pocket clip allows for deep carry, and with the very low weight, it just disappears into the pocket.

So yes, this is a slick little knife. But given the exotic materials, it’s expensive. The price tag on the Sobata 398 is $225. Even for a knife knut like myself, that’s on the fringe of reasonable for a knife I’d actually carry. Collectors will likely nod and wince a little, but when you can get a good knife for $50, it’s tough to swallow.

But for those looking for a very unique knife with literally cutting-edge materials, this is the one. It’s a fine example of innovation — and a wonderfully useful tool to boot.

at October 22, 2019
Email ThisBlogThis!Share to TwitterShare to FacebookShare to Pinterest
Labels: GearJunkie